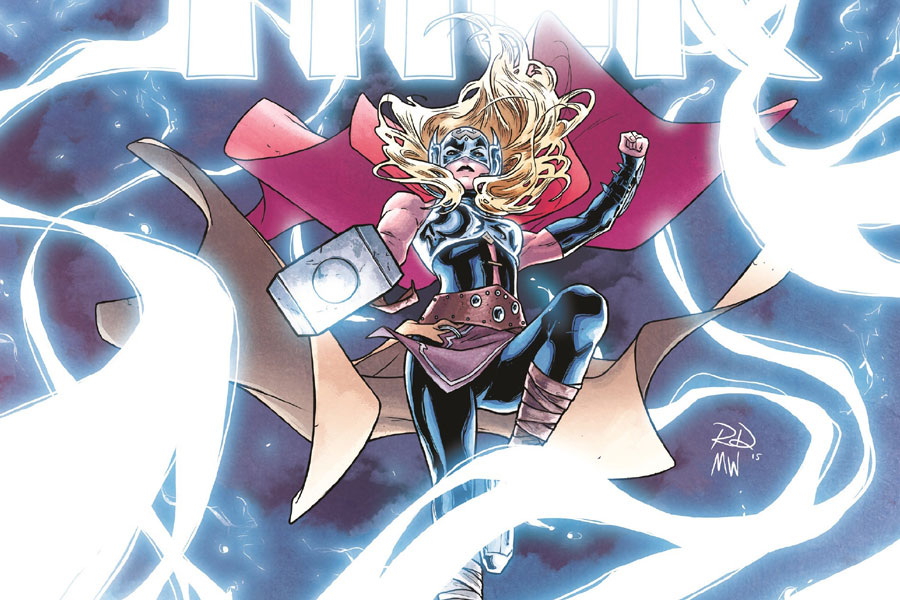 Josaon Aaron created Jane Foster as Mighty Thor, Natalie Portman brought her to the screen, and these cosplays fixed her in our imaginations.

These Mighty Thor cosplays confirm the fame that the character has acquired after the premiere of Love and Thunder. She was created by Stan Lee, Larry Lieber, and Jack Kirby for 1962’s Journey into Mystery #84.

However, half a century later Jason Aaron and Russell Dauterman gave her the powers of the God of Thunder and named her Mighty Thor. Shortly after, the same team of creators took her to another level by turning her into Valkyrie.

As a curiosity we will remember his stage as Thordis, which occurred in What If? #10 of 1978. This issue answers the question “What would have happened if Jane Foster had found Thor’s hammer?”. And well, the answer seems obvious.

Now, spurred on by the fourth Thor movie, these creative costume artists have breathed new life into Mighty Thor through their cosplays. Without further ado here we go.

But first, we want to acknowledge Genevieve Marie, the international model who has had Mighty Thor in her cosplay repertoire for at least 3 years.

The rise of Jane Foster as a hero awaits you in our online store with:

Yuridia launches a ‘complaint’ at Ángela Aguilar after singing together Qué Agonía: “I can’t anymore” | VIDEO

Kaney West ends with Chaney Jones, the double of Kim Kardashian, after 5 months together

First official poster for Shazam!: Fury of the Gods

Henry Cavill was rejected for being chubby to be agent 007

Tenoch Huerta confirmed that ‘Namor’ will be a mutant