5 DC Comics You Must Read Before You Die 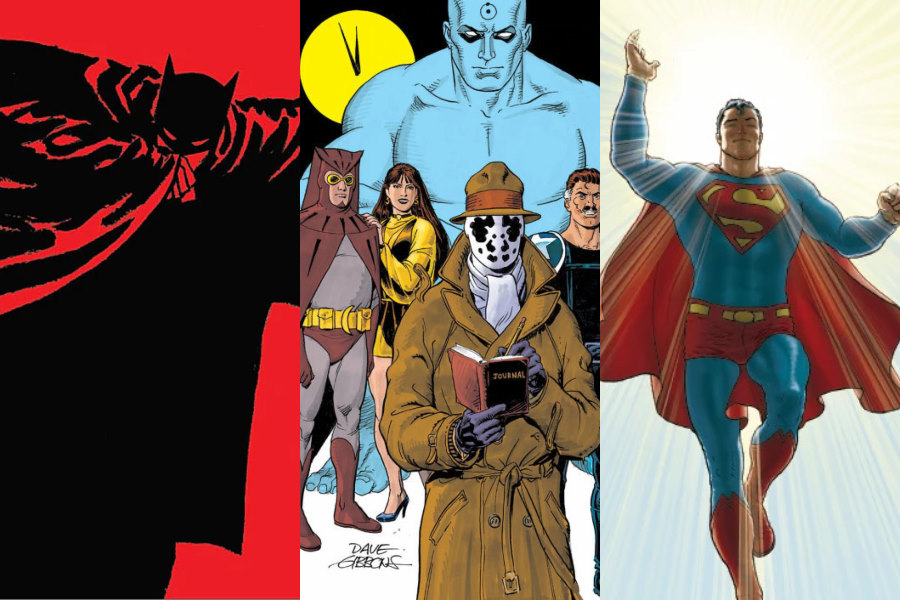 From stories of dystopian futures to stories that have become true classics. Discover the five works of DC Comics that you must read before you die

There are activities and emotions that any man must experience throughout his life, such as making unforgettable trips, trying the best dishes, and we cannot forget reading, so we bring you 5 works of DC Comics that you must read before you die .

Do not miss: Top 10: Indispensable comics to know DC

Throughout its eight decades of existence, DC Comics has delivered stories that go beyond the eternal struggle between good and evil,

Discover the 5 DC comics you must read before you die, which you can find in our online store.

One of Fran Miller’s works that revolutionized the Batman mythology, presenting a dystopian future, which has inspired different Batman movies, such as those produced by Zack Snyder

Gotham City is in chaos, prompting a weary Bruce Wayne to step out of the shadows. With a Batman (now 53 years old) once again operating in Gotham, old enemies appear. And former allies try to stop the Dark Knight at all costs.

Set in a world where history has been permanently altered by the existence of superheroes, Alan Moore and Dave Gibbons’ monumental graphic novel Watchmen is one of the most influential and critically acclaimed comics of all time.

Following the sequence of two generations of masked vigilantes, from World War II to the height of the Cold War, this captivating tale unfolds from a simple murder and the mystery that surrounds it, escalating into an epic saga of power, corruption and the most important meaning of humanity.

Released once again from the confines of Arkham Asylum, Joker is out to prove his insane point of view. And he’ll be using Gotham’s top cop, Commissioner Jim Gordon, and his brilliant, beautiful daughter Barbara.

Now Batman must race to stop his archenemy before his reign of terror claims two of the Dark Knight’s closest ones. Can the cycle of bloodlust and insanity linking these two iconic foes finally be closed before it brings them to their fatal conclusion?

While the DC Universe “rebooted” its most important characters after Crisis on Infinite Earths, Frank Miller gave another blow of authority, now redefining the origin of Batman, a vigilante who begins his operations in a corrupted city.

Within the regular Batman series, Miller told us about Batman’s origins as a defender of Gotham City. In this work he portrays himself from the murder of Thomas and Martha Wayne, under the gaze of his young son Bruce, to the first cases in which Batman participates, and the alliance he establishes with Lieutenant James Gordon.

Winner of the Eisner Award (the equivalent of the Oscars in comics) for best new series, All Star Superman, a limited story of 12 chapters created by the Scottish creative duo Grant Morrison (in the script) and Frank Quitely (in the lines ) bring a brilliant new look to the Man of Steel mythology.

Writer Jeph Loeb and artist Tim Sale delivered between 1996 and 1997 a story that introduces us to Batman’s first year as the defender of Gotham City, where a mysterious assassin has entered the scene.

The plot takes place in a time when the dastardly criminals of the Dark Knight’s gallery of enemies are going from being criminals or mobsters to supervillains, with theatrical costumes and deadly artifacts.

Grant Morrison joined forces with Dave McKean, one of the artists behind Sandman, to create a dark and intellectual tale. Which continues to be as current as ever

The lunatics have taken control of the asylum. And the Dark Knight descends into the heart of madness along with them in Batman: Arkham Asylum. One of the most successful graphic novels of all time.

It may interest you: 20 comics that you should read before the age of 30