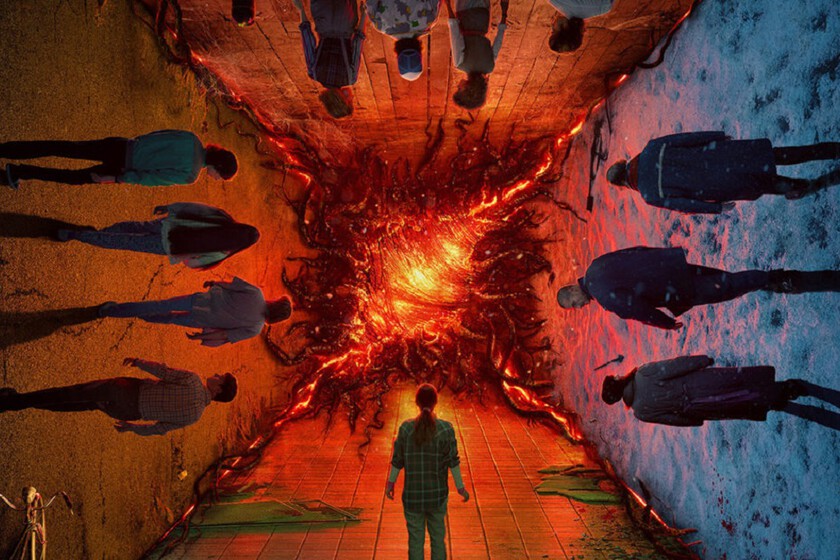 The great success of these last weeks of Netflix is ​​’Stranger Things’. The fourth season of the series Duffer Brothers is sweeping and has achieved a success that until now only ‘The Squid Game’ had achieved. However, there are more titles that are doing very well on the platform and now we are going to highlight those that also belong to the science fiction genre.

Below you will find 4 science fiction movies and series that are sweeping Netflix lately. For this I have taken as a reference their appearances in the Spanish Top 10 that the platform itself updates every day and not that they are better or worse. Without further ado, let’s go with them

Its recent arrival on Netflix in Spain has shown that the platform did very well to save it from the cancellation it had suffered at the hands of NBC. At the moment we have three seasons of this series that explores the impact that the reappearance several years later of a plane with almost 200 passengers that had disappeared without a trace. It will not be easy, because his loved ones may have turned the page, but the complications go beyond that when he begins to suffer visions of events yet to happen. At the moment there are 42 episodes available divided into three seasons and it is a matter of time before the fourth arrives exclusively on Netflix. It will consist of 20 episodes and will serve to close the story.

Review of ‘Manifest’ | Watch on Netflix

One of the biggest failures of all time, to the point that it is endorsed by Peter Jackson, co-writer and producer of the film, did not prevent losses of more than 100 million dollars from being reported, which some sources put up to almost 175 million. On Netflix it has found a second life and greater popular acceptance, but the truth is that it is not a big deal. Visually it does have curious ideas and striking scenes, but narratively it becomes somewhat heavy and does not finish squeezing the attractive world it presents.

Curiously, it is the last film that Adam Sandler he starred for the big screen before closing his lucrative deal with Netflix. Battered by critics and without enough public support to make it a commercial success, ‘Pixels’ is a curious science fiction comedy that seems to want to apply the ‘Ghostbusters’ formula to the world of video games. The result is quite acceptable as long as one is not allergic to the usual humor that Sandler usually treats, which here is just to recognize that some funny moment already gives us.

Review of ‘Pixels’ | Watch on Netflix

No surprise that one of Netflix’s flagship series is getting so much attention, as its remarkable third season only recently premiered. In its own way, it is the reverse of ‘The Boys’, with the Amazon series betting on Kaffir and wild satire, while the Netflix series prioritizes the ingenious and trying to achieve the hardest yet to prevent a new apocalypse. In addition, he does it with charm and fun, something that is maintained in the third season, but be careful not to extend it much longer, because the magic could be lost along the way.

Review of season 3 of ‘The Umbrella Academy’ | Watch on Netflix

TJ Miller says he won’t work with Ryan Reynolds again: ‘I think he doesn’t like me’