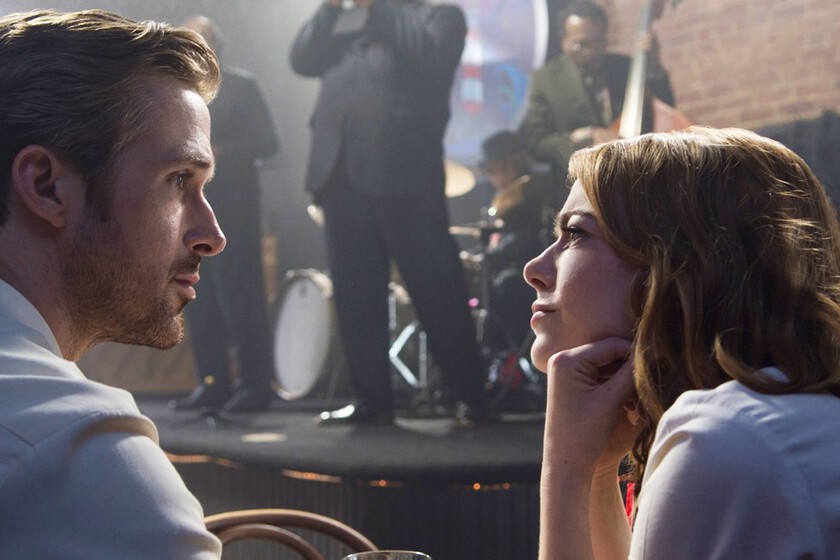 Taking advantage of the premiere of ‘Babylon’ we wanted to recover this article about its director’s references. The editors of Espinof are excited about what is the most important film of 2016 and, perhaps, of the entire decade: ‘The City of Stars – La La Land’, the wonderful film of Damien Chazelle. We already leave you our opinion but there is so much in this colorful and melancholic musical that it is inevitable to continue writing about it.

Specifically, we want to talk about their tributes and winks to other films that can be seen throughout the film starring Emma Stone and Ryan Gosling. Endless references that make it a absolute ode to cinema in general, and to classical and musical cinema in particular. Thus, we bring you a guide to understand this cinematic magic that ‘La La Land’ gives off. We’ll try not to do too much SPOILERS…

‘The Umbrellas of Chebourg’ by Jacques Demy


Damien Chazelle has said on more than one occasion that ‘The umbrellas of Chebourg’ (‘Les parapluies de Chebourg’, Jacques Demy, 1964) is his favorite musical. And it is inevitable not to see it in ‘La La Land’ and in its bitterness. Yes, Chazelle’s film isn’t all sung like Demy’s masterpiece, but it shares the real and raw part of the storyas well as its structure: while Demy divides his film into “The Departure”, “The Absence” and “The Return”, Chazelle divides it into the seasons of the year.

‘Singin’ in the Rain’ by Stanley Donen and Gene Kelly

It is impossible for a musical to exist that does not have ‘Singin’ in the Rain’ as a reference (‘Singin’ in the Rain’, 1952). Is the pinnacle of the hollywood musical. And it is inevitable to find several references in Damien Chazelle’s film: from the decorated unreals for the most fanciful musical numbers, going through the vivid colors that stand out throughout the film until the satirical part to the frivolity of the world of cinema.

Not to mention a very obvious wink that has to do with Ryan Gosling and a lamppostIn addition, the film’s soundtrack was recorded in the same place where Donen’s was recorded.

‘Rebel Without a Cause’ by Nicholas Ray

Also, the film sequence of Nicholas Ray that we see is that of the planetarium, the famous Griffith Observatory Los Angeles, where it takes place, later, one of the most romantic scenes of ‘La La Land’. Not to mention the red jacket Stone wears at one of the auditions, similar to the one James Dean wore in the movie.

Another of the tapes that are quoted verbatim in ‘La La Land’ is ‘White House’ (1943), considered one of the great masterpieces of cinema. She appears during a walk by Mia and Sebastian through the studios where the cafeteria where she works is located: they pass under the window where the scene in which the emblematic peeks were filmed Rick Blane and Ilsa Laszlo.

But not only that: Sebastian dreams of having a jazz clubvery similar to the one you have Humphrey Bogart in the movie. And well, that of “Of all the bars in the world, you had to come to mine”also has a certain meaning in Chazelle’s tape.

‘The Red Balloon’ by Albert Lamorisse

More French cinema. in a moment of ‘La La Land’ there is a little nod to ‘The Red Balloon’ (‘Le ballon rouge’, 1956), a medium-length film directed by Albert Lamorisse which, at the time, won the Palme d’Or for Best Short at the Cannes Film Festival. The film follows little Pascal, who walk through the streets of Paris with a red balloon that he has found himself and discovers that he has a will of his own. In ‘La La Land’, we see a quick shot of little Pascal and the red balloon of him.

‘Everybody Says I Love You’ by Woody Allen

Woody Allen he dared with the musical with the great ‘Everyone says I love you’ (‘Everyone Says I Love You’, 1996) and Damien Chazelle, surely you remembered this scene in which Woody Allen and Goldie Hawn They dance on the shores of the ground and the emotion takes her through the air, just like Emma Stone in a ‘La La Land’ sequence. Romanticism and dancing through the air.

‘An American in Paris’ by Vicente Minelli

Again Paris -it has a certain importance in the plot of the film- and the unreal sets in which dances and unique musical numbers take place. In ‘An American in Paris’ (1951), Vincent Minelli presents us with a couple who fall in love but for whom there are certain impediments.

In addition to the impossible and marvelous decorations and the final musical number, ‘La La Land’ shares with Minelli’s film that bittersweet and unfortunate tone that haunts its protagonists.

‘Nights on the Town’ by Bob Fosse

If we see the gif above, belonging to the movie ‘Nights on the town’ (‘Sweet Charity’, 1969), and the one below, belonging to ‘La La Land’the resemblance is more than obvious.

And it is that the two musical numbers share something more than dance steps and colorful dresses: in both, the songs speak the same: “There could be someone out there who will change your life and lead you to stardom.” The musical number of ‘La La Land’ it’s called ‘Someone in the Crowd’, in Fosse’s tape, ‘There’s Gotta Be Something Better Than This’, which you can see here.

At the Venice Film Festival press conference, in which ‘La La Land’ was presented, Damien Chazelle mentioned that the incredible opening sequence of his film It had been inspired by a classic among the classics: ‘8 1/2’ by Federico Fellini (1963). Specifically in his first scene: Guido -the great Marcello Mastroianni- dreams that he is trapped in a terrible traffic jam. And if you watch ‘La La Land’ you will discover Chazelle’s homage to the great Italian master.

‘An Angel Face’ by Stanley Donen

Another of Donen’s musical classics honored in Chazelle’s film, ‘A face with an angel’ (‘Funny Face’, 1957). Apart from his traditional colorful style, there is another direct nod to one of the key sequences in Donen’s film, starring audrey hepburn.

During her stay in Paris to work as a model, Hepburn poses in front of the arch of the Tuileries Gardens with a bunch of colored balloons and in ‘La La Land’, we see Emma Stone in an almost identical situation.

‘The Ladies of Rochefort’ by Jacques Demy

And as a Demy admirer, I couldn’t be without inspiration in ‘The ladies of Rochefort’ (‘Les demoiselles de Rochefort’, 1968). In some interview with the film team it has been said that Chazelle screened it for the entire team. The musical numbers in the street and the panoramic format of ‘La La Land’ are the result of the clear influence of this classic French musical.

‘The Wonders’ by Tom Hanks

Of all the film references to ‘La La Land’, this is undoubtedly the most curious: ‘The Wonders’ by Tom Hanks (‘That Thing you Do’, 1996). Apart from also being a musical, the character he plays Liv Tyler is called Faye Dolanwhile Emma Stone is called Mia Dolan in ‘La La Land’. Chance? We don’t think so. In addition, the protagonist of ‘The Wonders’, Tom Everett Scotthas a small but decisive role in ‘La La Land’.

One of the key sequences of ‘La La Land’ is directly inspired by its contradiction -and I don’t say more for not doing too much direct spoiler- in ‘The seventh heaven’ (‘7th Heaven’, 1927), the silent film of Borzagewhich won an Oscar for its director and its protagonist, Janet Gaynor. And not only in this, the plot has similarities: it tells the story of a couple who lives in a small and miserable room in Paris, which they call “heaven”.

The parties of the extravagant ‘Boogie Nights’ by Paul Thomas Anderson (1997) also have their space in ‘La La Land’. several appear parties in luxury houses belonging to Hollywood tycoons at the beginning of the film, but above all, it reminds us of the PTA film in which one of the first meetings between Mia and Sebastian takes place: she goes as a somewhat obligatory guest, he performs at the party that its leitmotiv is the music of the late 70s and early 80s.

All, absolutely all the duets that are danced in ‘La La Land’ have something of ‘Top-hat’ (‘Top Hat’, 1935), one of the most emblematic films of Fred Astaire and Ginger Rogers. Above all, we find the similarities between the musical number that we put above, and the first one shared by Mia and Sebastian, titled ‘A Lovely Night’which also begins on a bench and has a touch of charming irony.

Many will think that using oneself as a reference is somewhat arrogant and pedantic, but nothing is further from the truth. we found that obsession with certain themes that also appear in ‘Whiplash’the film that established him as one of the new talents to follow in Hollywood.

The passion for what is done, success and failure, the sacrifices what to do to fulfill dreams and jazz, also jazz. Also, JK Simmons, Oscar for Best Supporting Actor in ‘Whiplash,’ has a cameo in ‘La La Land.’ In both characters he abuses his position of power, but there is a difference between the two: one is passionate about jazz and the other hates it.

Have you found more tributes? Do not hesitate to comment on them.

Joey Batey on Henry Cavill’s departure from The Witcher