13-year-old boy puts tabs to continue with his studies 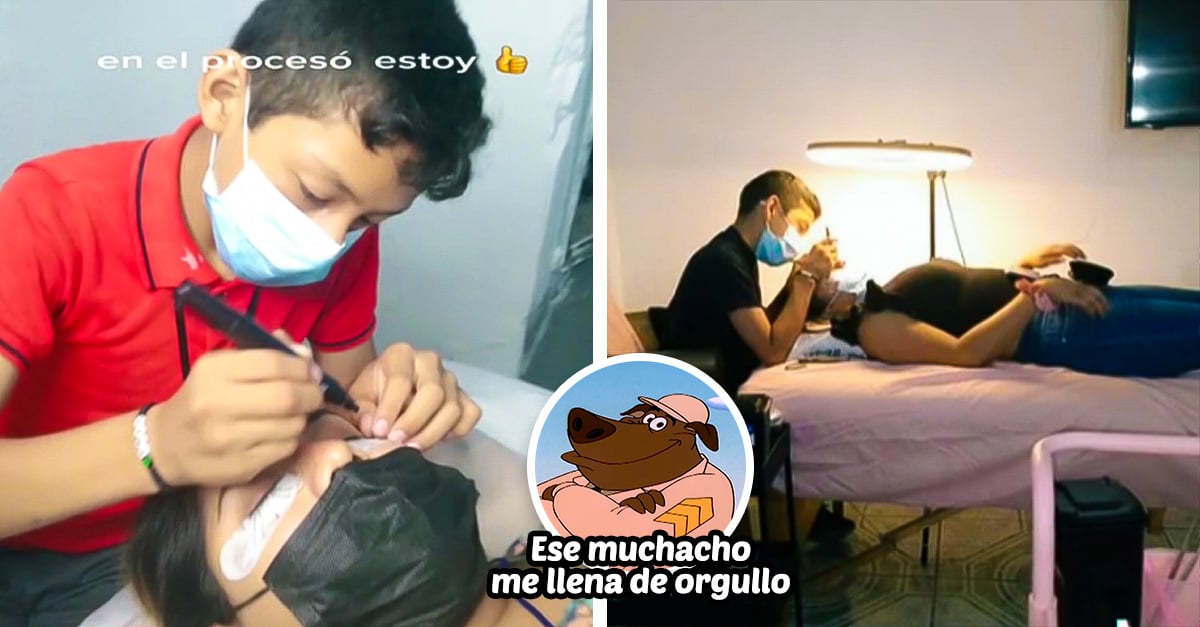 With the issue of inclusion in society, more and more people are showing us that trades and professions have no gender, therefore, with a vocation and a desire to get ahead, practically anyone can perform the function they want. without being frowned upon or judged by others.

One more example of this is a young man from Tamaulipas, who at his young age and with the support of his parents ventured to start an eyelash extensions business, and now he is not only earning a lot of money, but he has also gone viral on social media. social media.

This is Enrique Aquino, a 13-year-old teenager, originally from Tamaulipas, Mexico, who at his young age already earns hundreds of dollars due to his natural talent for applying false eyelashes, so he decided to join the world of eyelashes. lashists, where he found a way to earn money to pay for his studies.

Recently, the boy went viral after posting a video where he presents a dynamic in which he offers his eyelash extensions in exchange for school supplies, didactic material that he would collect to give away and support the many students who are going through difficult situations and cannot afford His studies.

This is how the teenager used his venture for a good cause, because, at 13 years old, Enrique tries to follow his dreams and is aware that today’s effort will bear fruit in the future, since, according to what was shared on the profile from his mother’s TikTok, he is very diligent and practices different techniques to provide a better service when putting on tabs.

In another recording, the young entrepreneur shared how proud he is of himself, since with his work as lashista He managed to raise 20,000 pesos (approximately one thousand dollars) in just three weeks, money that is quite a lot for a boy who is just in his second year of high school, but that he achieved through effort and a lot of work.

As is customary in this type of case, Enrique soon became popular on TikTok, where he has not only accumulated thousands of likes and reproductions, but he has also received messages and comments from people who congratulate him on his entrepreneurship and desire to work, while many others have encouraged him to continue to work hard at his trade, since they assured that in addition to earning a lot of money, it is also breaking stereotypes.

Dani Alves files an appeal not to continue in prison

‘Rick and Morty’ casts its co-creator Justin Roiland after being accused of mistreatment, but the series will continue without him and its two protagonists will change their voices

Didn’t make it to Black Friday? The rain of offers continues and these are the best bargains in televisions of the Cyber ​​Week of PcComponentes

Eduin Caz from Grupo Firme had surgery because he did not want any more children. What will he be like as a father for the third time? | VIDEO