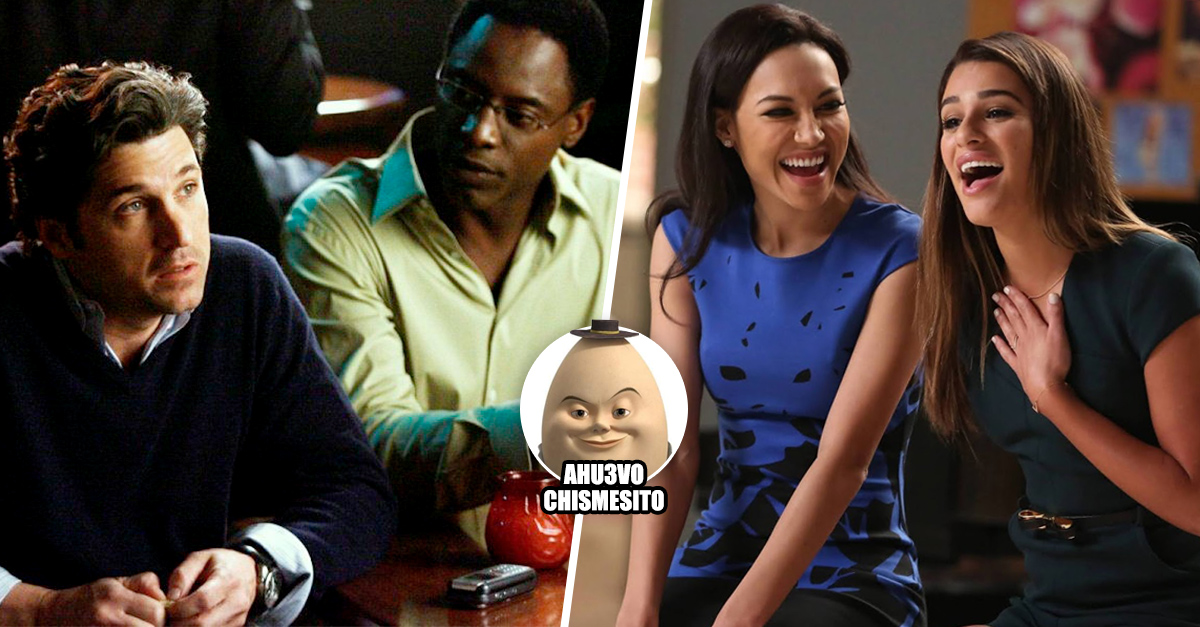 It is no secret to anyone that interpersonal relationships cannot always flow naturally and as much as we try to be friends with some people, there is simply no match. It is not that we should necessarily be friends, but if you have to live with other people, almost every day and at all times, what better than to lead “the party in peace” and be cordial with each other.

However, this is not always possible and the more you live together, the less there is a harmonious relationship. But don’t let anyone feel pressured, because at work, at school and even in Hollywood this is very common. That is why today we want you to know the “friendship” relationships that we saw on television but that were actually full of hate.

Ashley recalled in 2017 that they did not have a good relationship when they played the two brothers Ryan and Sharpay Evans. The actress claimed that they were not good friends and that they hated each other.

Naya wrote in her memoir Sorry Not Sorry regarding Lea:

He seemed to blame me for absolutely everything that went wrong. If I complained about someone or something, she assumed that I was criticizing her. She soon started ignoring me and eventually it got to the point where she didn’t speak to me for the entire sixth season.

The actresses had different frictions. However, Shannen confessed that the worst fight was when they went outside. Were there hits?

Isaiah was fired from the series after he used a homophobic slur during an argument with Patrick, which some on set said was in reference to TR Knight, who played George O’Malley. Last year, Isaiah referred to Patrick as an “absolute tyrant.”

5. Kim Cattrall and Sarah Jessica Parker in Sex and the City

Although in the series we can see the friends very close, in real life they did not have a good relationship. In fact, Kim has long said that she has never been friends with any of the girls in Sex and the City. In addition, she commented that on numerous occasions she confronted Sara Jessica Parker, who, when asked about the possibility of Kim joining And Just Like ThatShe said she wasn’t comfortable with that.

6. Nina Dobrev and Paul Wesley in The Vampire Diaries

At first, this couple did not get along, but after five months of filming, they became good friends. Nina said that she had realized that there is a very fine line between love and hate, as they detested each other.

Dominic has said that Matthew is a woman beater and although Matt has denied this, Dominic has stood firm on those accusations, stating that they were not isolated incidents and that it happens very often.

In 2020, during an exchange of tweets, Rose said that she cried every time she renewed her contract in charmed because Alyssa made the environment on set toxic. For her part, Alyssa said that this statement made her very sad and that she hoped that Rose would heal soon.

Both actors had a long and complex relationship when they were rivals on the set of star trek. Regarding crashes, William said that nothing is ever the fault of one person.

Alexa has long accused Jamie Lynn of being a stalker on the recording set. This rumor came out again when the sister of Britney Spears wrote in her memoirs that everything had been an invention of Alexa. However, her former co-star responded by saying that the singer was also lying “up to her elbows”, which was corroborated by the “princess of pop”.

While Shakira and Piqué vent their hatred, their children hug each other in the middle and move the world

Prince Harry shares message for Elton John: ‘Thank you for being my mother’s friend’ I VIDEO

‘Shingeki no Kyojin’ shows a frantic image of part 3 of its final season, although the ending of the anime could come later than expected

Cute updo hairstyles to knock out the heat